“Diplomats, apart from soldiers, are not always glorified by historians,” said the French diplomat Jules Cambon in the 19-th century. In fact, there is not a lot written about diplomats. Therefore, the activities of such an experienced diplomat as Salim Kurmanguzhin who devoted nearly half a century of his life to diplomatic service presents a rare opportunity to highlight the portraits of true professionals.
The establishment of the diplomatic service and indeed formation of the foreign policy of sovereign Kazakhstan is associated with the name of Salim Kurmanguzhin, a veteran of domestic diplomacy who entered the history of Kazakhstan’s diplomacy as the First Deputy Foreign Minister and the First Ambassador of our country to Hungary. It was during his time that the first state visit of Nursultan Nazarbayev to Hungary took place. The visit laid a solid foundation for Kazakhstani-Hungarian relations.

The legend of Kazakhstan’s diplomacy and national statesman Salim Kurmanguzhin who greatly contributed to the establishment of the Foreign Ministry of independent Kazakhstan was born on January 4, 1934 in the village Yenbek in the North Kazakhstan’s region.

In 1956 Salim Kurmanguzhin graduated from the Almaty Pedagogical Institute of Foreign Languages and in the same year he was accepted as the Second Secretary to the People’s Commissariat of Foreign Affairs of the Kazakh SSR. In those years, Salim Kurmanguzhin worked with such outstanding figures of national diplomacy as T. Tazhibayev, A. Zakarin, M. Fazylov, N. Sagyndykov and M. Baisarov. For professional mastery in diplomacy he was sent to study at the Higher Diplomatic School of the USSR’s Ministry of Foreign Affairs.
In 1961 Salim Kurmanguzhin was enrolled for a two-year study at the Higher Diplomatic School. His instructors were famous professors like V. Durdenevsky (the contributor to the creation of the UN Charter, expert at the Potsdam Conference in 1945), F. Molochkov (the author of monographs on diplomatic protocol issues), V. Israelian (the facilitator of the chemical weapons disarmament treaty). A year later Salim Kurmanguzhin had an internship in the UK. While staying in London he collected data for a thesis on English colonial policy in Africa.
After graduating from the Higher Diplomatic School in 1963, Salim Kurmanguzhin and his family were sent to the USSR Embassy in the United Arab Republic (political union consisting of Egypt and Syria) during the reign of President G. Nasser (the leader of the Arab world and the Non-Aligned Movement). Egypt was then the fort-post of the USSR in the Middle East.

Working in the Department of culture at the Embassy helped Salim Kurmanguzhin master the invaluable skills of building a network of diplomatic contacts. It was while he was working there that he met Yevgeny Primakov — the special correspondent of the Pravda Newspaper (an organ of the CPSU Central Committee) who later headed the Foreign Ministry and the Government of Russian Federation.

Adoption of the Socialist way of development by the government of Egypt led to visits to the country by Soviet government delegations headed by N. Khrushchev and N. Kosygin. The delegation also included other dignitaries from Kazakhstan, such as, M. Karatayev, B. Tulegenova and G. Musrepov. Salim Kurmanguzhin“s tenure in Cairo coincided with the Arab-Israeli war of 1967, which became a test of the strength of the Soviet-Egyptian friendship. With the loss of the Mount Sinai, the Egyptians became disillusioned about the USSR. At the war outbreak the USSR administration advised all diplomats in Egypt to send their families back to Moscow, but Salim Kurmanguzhin’s spouse Lyailya Doshchanova and two sons Rustem and Zhassulan did not leave him alone in Egypt.
After returning from Cairo in August 1968, Salim Kurmanguzhin was posted to the USSR Foreign Ministry. His work as the Second Secretary in the African Division became a good practice for preparing documents on relations with African countries, where the USSR was strengthening its influence. In 1970, Salim Kurmanguzhin was enrolled for one year Advanced Training Course at the Higher Diplomatic School. Upon completion, he was assigned to work at the Department of culture as the First Secretary. One of his trainees was Sergey Lavrov, the present Foreign Minister of Russian Federation.

While studying at the Advanced Training Course Salim Kurmanguzhin mastered Turkish language. In 1972 he was appointed as a Consul to the Consulate General of the USSR in Istanbul. Here Salim Kurmanguzhin’s skills and knowledge were extremely useful. Turkey at that time was known for its internal political struggle between the People’s Republican Party headed by B. Ecevit and the Justice Party of S. Demirel. The importance of interaction with political and business circles, outstanding representatives of culture, who mainly lived in Istanbul, was explained by the need to strengthen the position of the USSR in the region. The most difficult were the nine months of 1974 that marked the “shift change” of the general consuls. Salim Kurmanguzhin acted as the Consul-manager who actually headed the Consulate General. This led to rancour among his peer diplomats. This was strained by the aggravation of relations between Turkey and Greece, which finally resulted in military actions because of Cyprus territorial dispute.

The Turkish administration was constantly interested in whose side the USSR would take. The telegrams from the Consul-manager on this issue were highly assessed by Moscow. For the diplomatic reception dedicated to the anniversary of the October Revolution Salim Kurmanguzhin invited the Kazakh diaspora, which was an exceptional event in the practice of the Soviet diplomatic service at that time. As a symbol of his work in Istanbul the farewell reception in honor of Salim Kurmanguzhin was attended by famous Turkish politicians, businessmen and representatives of culture who previously avoided visiting such events.

Salim Kurmanguzhin’s work in Istanbul was highly appreciated by Moscow. He was later appointed as the adviser in the General Secretariat of the Ministry of Foreign Affairs of USSR. To be appointed to this office, especially with promotion, was a dream of any diplomat. The General Secretariat was created in 1949 at the behest of J. Stalin. There Salim Kurmanguzhin worked directly with A. Gromyko (the Minister of Foreign Affairs of the USSR between 1957 and 1985). On the basis of cyphers received from ambassadors, Salim Kurmanguzhin prepared materials for the minister who was a member of the Politburo of the Central Committee of the CPSU, the decision-making organ on foreign policies of the USSR. His work in the “think tank” of the Foreign Ministry coincided with mounting political tension on the international stage: the United States and the USSR deployed medium-range missiles to Europe. Washington, in defiance of Moscow, had established cooperation with Beijing. The Chinese invasion of Vietnam, the Islamic revolution in Iran, the Iran-Iraq war and the Soviet invasion of Afghanistan.
The next appointment of Salim Kurmanguzhin was to another politically sensitive country. In 1982 he became the adviser at the USSR embassy in Ethiopia, a country in the Horn of Africa, which was strategically important to the USSR in its confrontation with the USA. The significance of Ethiopia to the USSR was in the fact that Soviet ambassador in Addis Ababa was one of the members of the CPSU’s Central Committee. The administration had entrusted the new adviser to engage in Soviet-Ethiopian relations, although in practice he should not have been trusted to handle such a responsible position. To Salim Kurmanguzhin’s credit in 1984-1985 he actively participated in providing aid to areas affected by drought and became the «star of the chronicles» of the Soviet information program «Time» (Vremya).

Upon returning from Addis Ababa in 1989 he was posted to the General Executive Secretariat as the expert advisor of the ambassadorial level. He had to supervise the work of the USSR embassies in the countries of Asia and Africa, on strengthening relations with China, preventing Iraq’s invasion of Kuwait, aiding situation in Cambodia and brokering peace on the African continent.

On the nomination of the new Foreign Minister K. Tokayev by the Decree of the President of the Republic of Kazakhstan of June 11, 1993 Salim Kurmanguzhin was appointed as the Ambassador to Hungary and became one of the first diplomats to present his credentials signed by the Head of State. He organized the first official visit of the President of Kazakhstan to Budapest in 1994 and his participation in the historic Summit of the Conference on Security and Corporation in Europe (the OSCE since 1995). Salim Kurmanguzhin was the first ambassador of independent Kazakhstan, who received a foreign award — the Order of the Cross with the Star of the Republic of Hungary.

In March 1996, upon reaching the retirement age, Salim Kurmanguzhin was appointed as the advisor to the Minister of Foreign Affairs. Since 1997 until the Foreign Ministry moved to Astana, he was a member of the board, head of the Control Department of the Ministry. In 1998 he headed the Advanced Training Department for ambassadors and senior officials of the Ministry of Foreign Affairs of the Republic of Kazakhstan at the Diplomatic Academy. He defended his candidate of science dissertation on the topic: “Formation and development of the Foreign policy Department of the Republic of Kazakhstan” under the supervision of professor S. Kenzhebayev.
Sharing his rich experience with young students Salim Kurmanguzhin as an honorary professor gave lectures in English at the Kazakh-American University, the Kazakh National University named after Al-Farabi and KIMEP University.

Salim Kurmanguzhin wrote a monograph on: “45 years in the diplomatic service”, which became a handbook for diplomats seeking professionalism, a textbook manual in English on diplomatic protocol and documentation, as well as on diplomatic and consular services.
He got the Honorary title «Honored worker of the Republic of Kazakhstan» and became the holder of the «Kurmet» order. He was also awarded by the medals of both the USSR and the Republic of Kazakhstan.
He brought up two sons, 5 grandchildren and a great-grandson.

Salim Kurmanguzhin passed away on September 27, 2018 in Almaty.
May His Soul Rest in Peace! 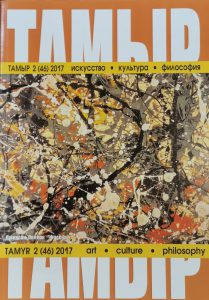